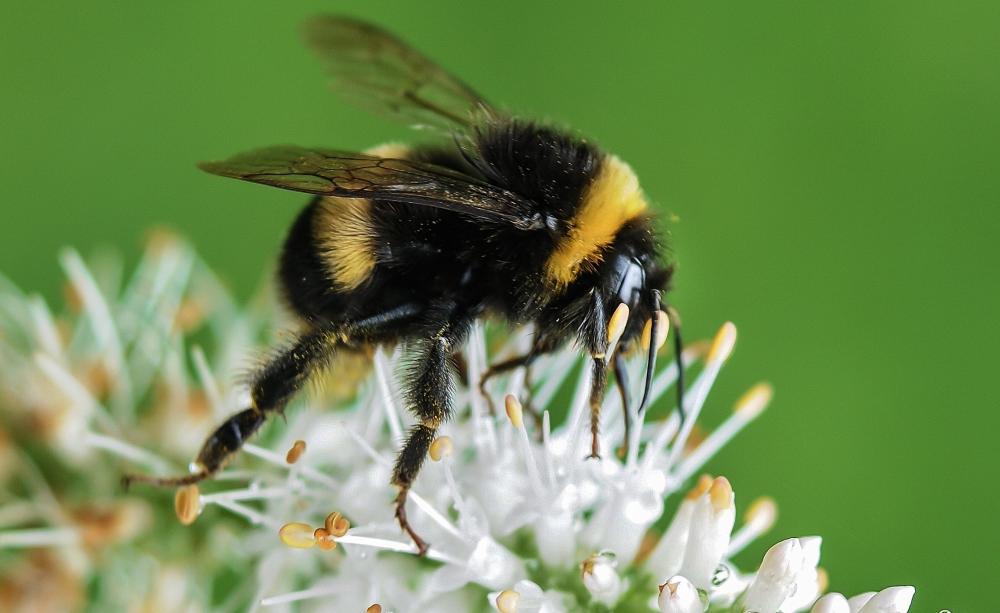 Neonicotinoids are the most commonly used insecticide in the world, but the evolution of resistance by pests, as well as bans and restrictions on their usage has resulted in a demand for alternative pesticides.

Sulfoxaflor, the first branded sulfoximine-based insecticide, is currently licensed for use in 47 countries around the world, and is under review for licensing in the UK.

PhD student Harry Siviter, alongside Professor Mark Brown, and Dr Ellouise Leadbeater, all from the School of Biological Sciences at Royal Holloway, tested the effects of the substance on bumblebee colonies.

In their experiment, sulfoxaflor reduced both the size of bumblebee colonies and the number of male offspring they produced, with a 54% reduction in the total number of sexual offspring produced in exposed colonies.

Their study is pre-emptive, because sulfoxaflor is a new product and we currently have limited data about the levels to which bees are likely to be exposed in the pollen and nectar of sprayed crops.

However, such impacts identify that broad use of sulfoxaflor pesticides could have the potential to harm wild bumblebee populations, under certain conditions.

Harry Siviter said: “Neonicotinoids are the most commonly used insecticide in the world, but the evolution of resistance by pests, as well as bans and restrictions on their usage has resulted in a demand for alternative pesticides”.

“Sulfoximine-based insecticides are a likely successor and are being registered for use globally.

“Our results show that sulfoxaflor can have a negative impact on the reproductive output of bumblebee colonies under certain conditions.”

Dr Elli Leadbeater added: "Our study highlights that stressors that do not directly kill bees can still have damaging effects further down the line, because the health of the colony depends on the health of its workforce."

The results of this research highlight the need to incorporate the sub-lethal consequences of novel insecticides on bumblebees and other wild bees into the risk assessment process.

Professor Mark Brown said: "We need to know much more about what levels of emerging insecticides wild bees will be exposed to in the field – only with realistic and publicly available exposure data for a range of crops can we determine the true risk of these insecticides to wild bees and other important pollinators."

Marianne Brooker is a contributing editor for The Ecologist. This story is based on a press release from Royal Holloway, University of London. The full title of the paper is 'Sulfoxaflor exposure reduces bumblebee reproductive success'. It was published in Nature on 15 August 2018.

Help us keep The Ecologist working for the planet

The Ecologist website is a free service, published by The Resurgence Trust, a UK-based educational charity. We work hard - with a small budget and tiny editorial team - to bring you the wide-ranging, independent journalism we know you value and enjoy, but we need your help. Please make a donation to support The Ecologist platform. Thank you!

Donate to us here

The Ecologist is the world’s leading environmental affairs platform.

Our aim is to educate and inform as many people as possible about the wonders of nature, the crisis we face and the best solutions and methods in managing that crisis. Find out about our mission, and our team, here. The website is owned and published by The Resurgence Trust, an educational charity. To receive the magazine, become a member now. The views expressed in the articles published on this site may not necessarily reflect those of the trust, its trustees or its staff.